Today, for the first time in a long time, I was honest about how I was feeling. Now, I just feel better.

I took my wife to the Doctor as a follow-up to what happened Friday afternoon. We were with him for well over an hour, and it was tough. Initially Kirsty was just giving him a run down of what happened, but it didn’t take long for our entire life story to spill out. The running around; looking after kids with special needs; putting everyone before yourself; the lack of sleep; the whole kit and caboodle as I am sure someone says.

I don’t know if it is a me-thing or a man-thing, but I am not used to going to the Doctors and spilling my guts about my woes and ailments and all the secret aches, pains and worries that I have. I guess I am a product of the action-movie age where Bruce Willis walks across broken glass to kick ass with a grin and a witty line. Being honest about how you feel often comes a distant third after doing what you think you should and acting how you think others expect you to. But I am here to say being honest about how you feel to someone that listens without judging is an experience we should all try. Now, I am sure this is no revelation to you post-neanderthal citizens of the world, but for me it was a huge revelation. Today I said things out loud that had been held inside for too long – and I said them in front of my wife which I had been avoiding in some kind of misplaced sense of nobility or machismo.

Yesterday I said that writing down your goals makes them real, tangible and more accessible. Likewise, saying your fears and worries out loud, to someone who listens without judging, can help you process them better. Sometimes when you speak your feelings they no longer seem so big or dark – they lose their grip on you a little. At other times verbalising a problem helps your brain approach it from a different angle and gives you new insight into approaching it.

And sometimes, it just feels better.

That was me today. I’m not too proud to admit I cried in the Doctor’s office. Not a lot – I’m hardly a gusher – but enough to release the tension that I had not realised I was holding. Admitting how I felt didn’t fix anything. I wasn’t prescribed any magic pill. But saying my fears out loud helped me process recent events in a far clearer manner than I had previously been able.

Why am I telling you all this? The last few months have been leading to this moment and the last few days have been a turning point in my life. I used to keep everything inside, hidden away so that I would not put myself at risk. I was afraid that if I opened up to the people I love they would think there was something wrong with me, that I was faulty. I used to think that if people really new what was going on in my head – even the cool, awesome stuff like my dreams of entrepreneurship, of working from home beside my wife in a business we enjoyed – they would think I was weird.

Smarter Happier is not the first blog I have started. With those previous blogs I really struggled to find my voice, to work out what I was blogging about, because I was always holding back, editing what I was sharing until it was sanitised for public consumption. I was afraid that people would see me for who I was and, to be honest, I wasn’t sure if that was somebody worth seeing. I was afraid for no good reason that my wife would read my words – even now I feel some trepidation that she will read these words sometime soon. But being happy means being honest with yourself and honest with those you love. 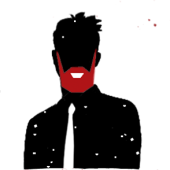 Benefits of pet ownership for families

This Is Why I Must Change My Life